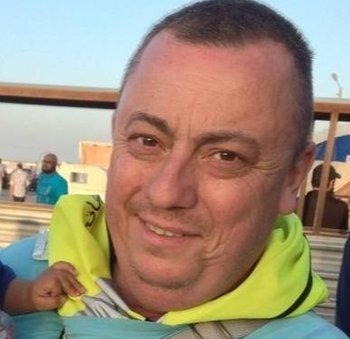 IS has now threatened to kill another hostage, Alan Henning

David Cameron: “They are not Muslims, they are monsters”

Foreign Secretary Philip Hammond is meeting foreign ministers from around the world to discuss plans to tackle Islamic State (IS) militants in Iraq and Syria.

David Haines was being held by Islamic State militants, as Caroline Hawley reports

Mike Haines: “My first reaction could have been hatred… my brother’s life wasn’t about hatred”

US President Barack Obama said the US would work with the UK and a “broad coalition of nations” to “bring the perpetrators of this outrageous act to justice”.

Militants from IS have killed two US hostages in recent weeks, posting videos on the internet.